During periods of volcanic unrest, forecasting of further activity is aided by knowledge of previous activity at the restless volcano and knowledge of unrest and eruptions at similar volcanoes. WOVOdat expands access to that information. For example, a volcanologist responding to a crisis will usually ask, "Where has unrest like (the present) been seen before, and what happened?" Statistics of previous outcomes might be used in probabilistic event trees.

For research, volcanologists might well ask, "What do the systematics of unrest between and leading up to eruptions tell us about processes by which volcanoes prepare to erupt?" Or, for another example, "What are the systematic differences between intrusions that erupt and those that don't?" In case of puzzling type of unrest, a researcher might look for systematic in other cases of such unrest.

The more data in WOVOdat, the more useful it will be. Please click "SubmitData" to contribute data!

Various visualization and data searches tools will help users to query, view, and download the data. 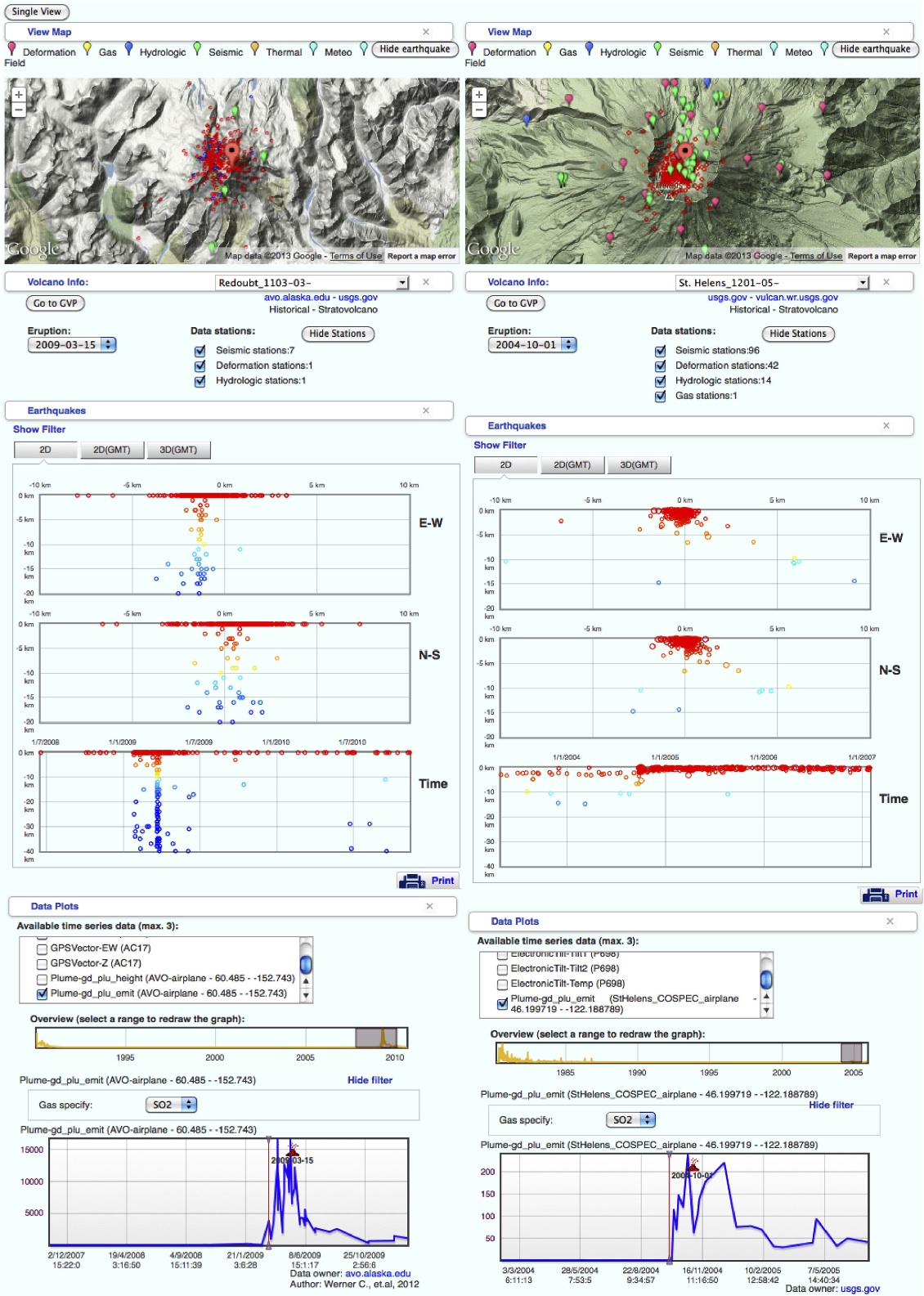 Example of visualization: Comparison of precursory data from Redoubt (2009) and St. Helens (2004) eruptions. 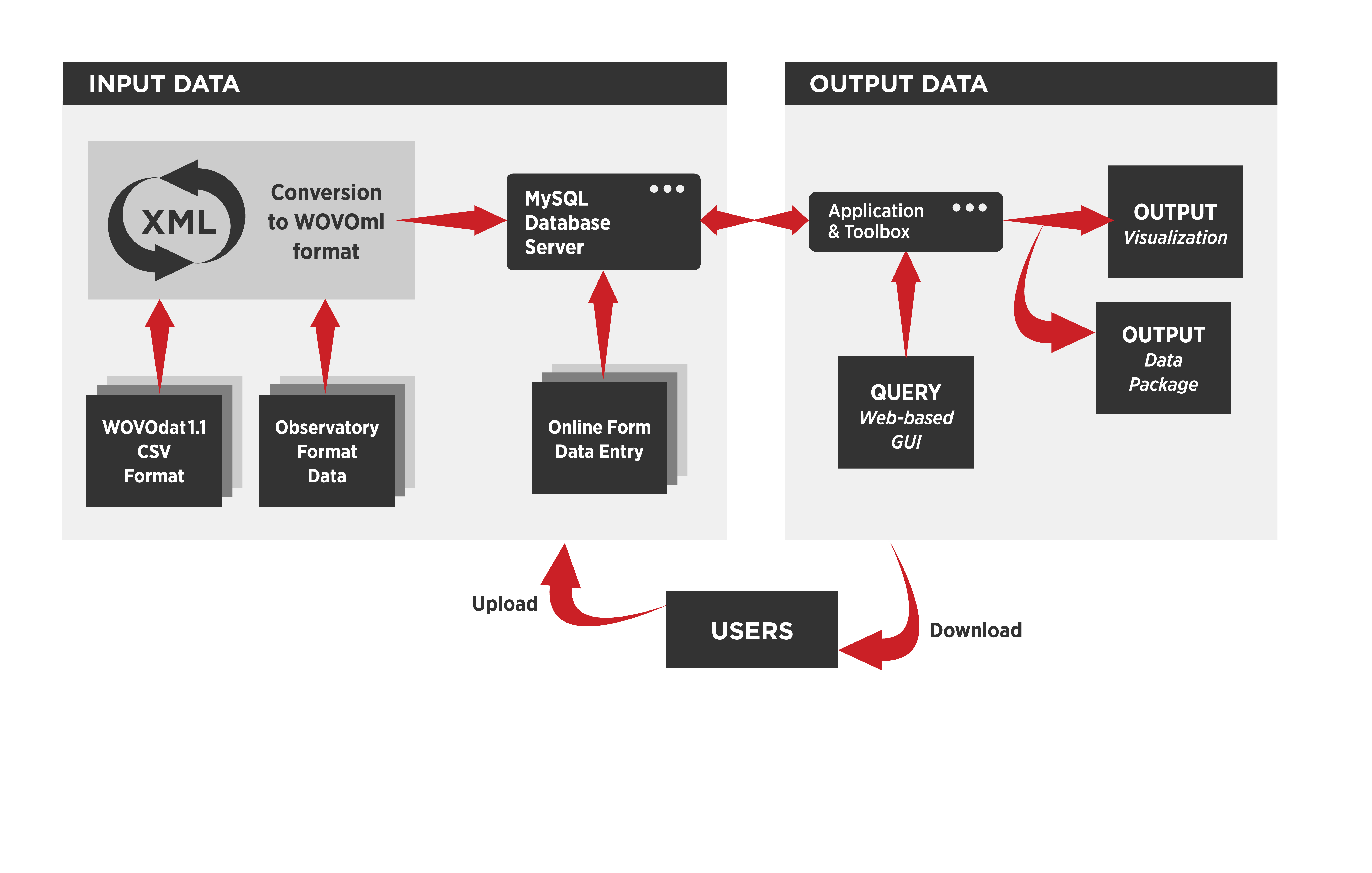